Discover a heritage of superior craftsmanship.

Welcome to Manoli’s Jewelers, where we believe that every piece of jewelry is as unique as the individual who wears it.

We’d like for you to think of us as your go-to experts for all things related to jewelry, custom design, appraisal, and on-site jewelry repair.

Whether you are celebrating a marriage, anniversary, birthday or simply saying “I love you” to someone special, you are sure to find that extraordinary piece that speaks to you in our curated jewelry store.

Just in! Stunning new handmade jewelry from Greece. This is the finest of wearable art created exclusively in sterling silver and 18k gold. 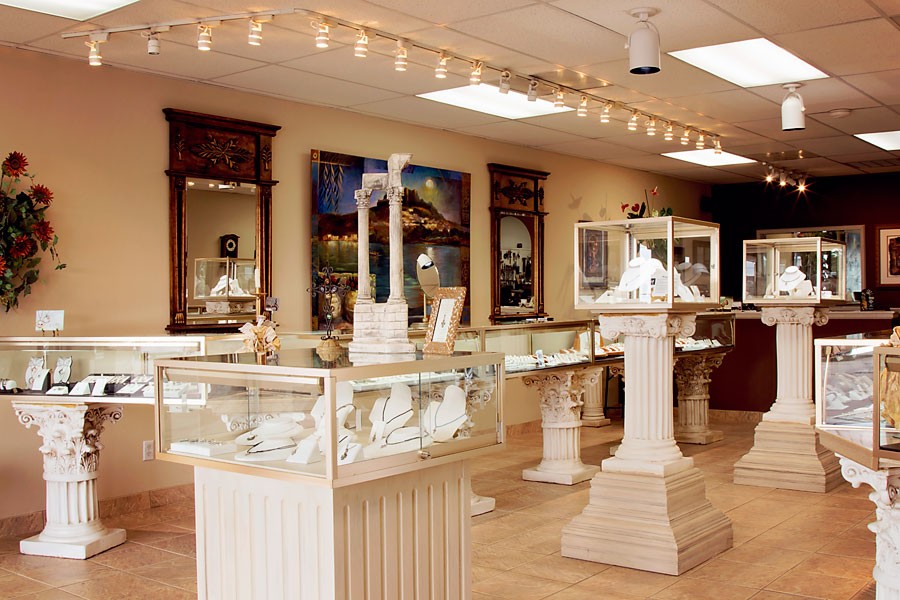 Travel to a sun-kissed Grecian isle when you step inside our jewelry store, which celebrates the timeless beauty and artistic spirit of Greece through the work of contemporary master Greek jewelers. 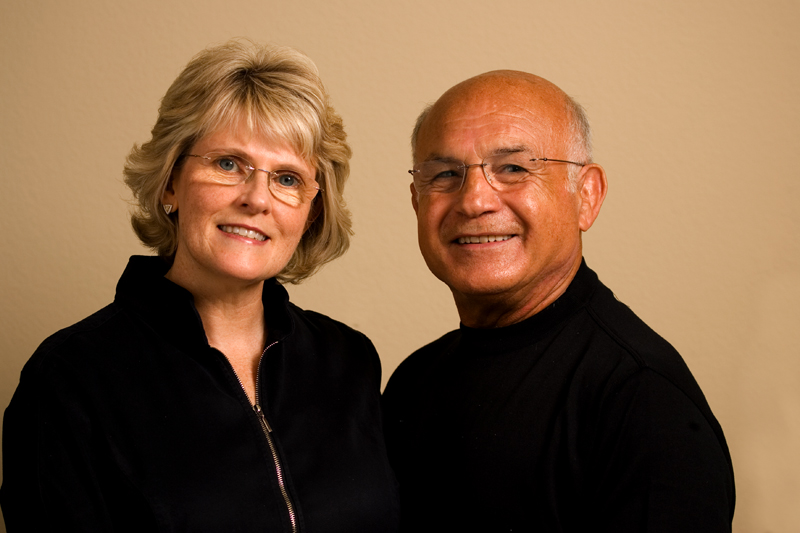 Manoli is a Master Goldsmith with decades of experience in jewelry repair having serviced over 50 stores including your bigger retail chains like Zales, Gordons, Montgomery Wards, Service Merchandise and many others.

If you’re in need of any type of jewelry repair then Manoli is your go to jeweler.

Valerie is a Graduate Gemologist trained and certified by the GIA.  The GIA is the world’s foremost authority on gemstones and the GIA created the grading system that most people refer to when it comes to diamonds and gemstones.

Valerie has been a Graduate Gemologist since 1985 and she is a jewelry appraiser located in Springfield, MO. Take advantage of her expertise when getting your jewelry appraised. 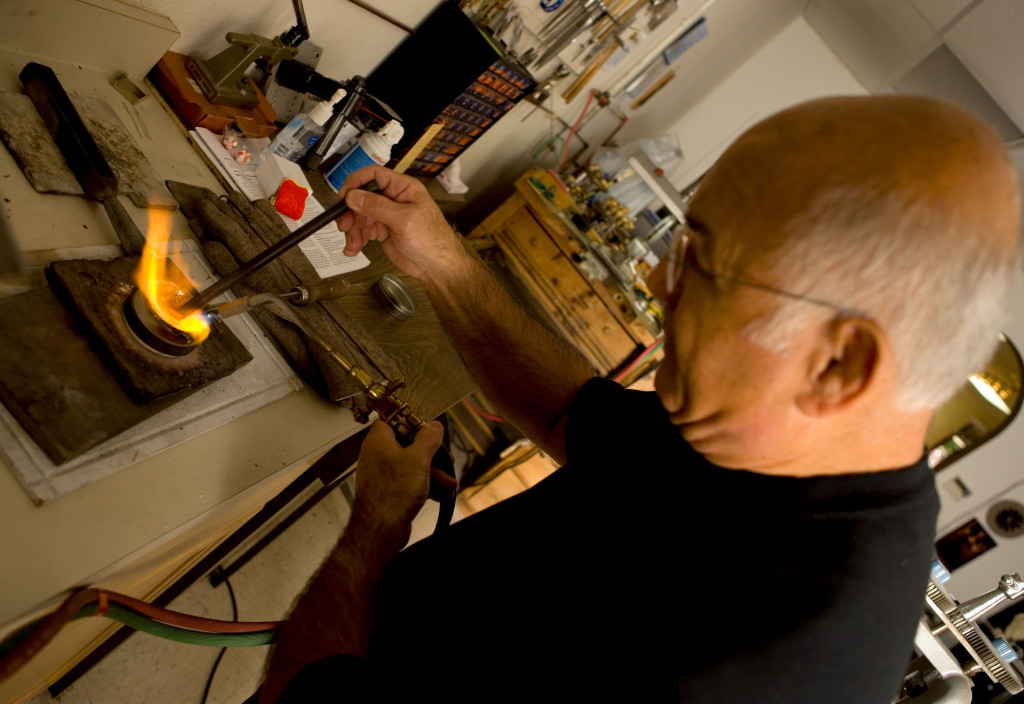 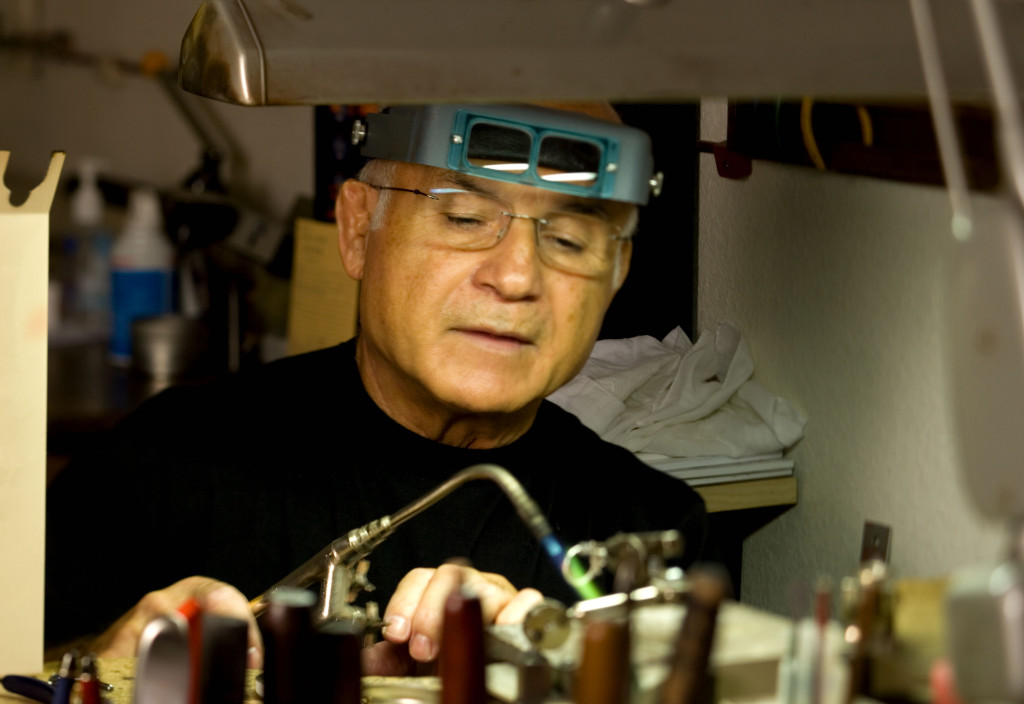 We carry a broad selection of styles and finishes in order to ensure that we will have the piece that suits you and your style perfectly.

Our collection includes engagement rings, diamond necklaces, gold bracelets, wedding bands and so much more – everything you need to add a little sparkle to your life and make your best moments shine just a little bit brighter. 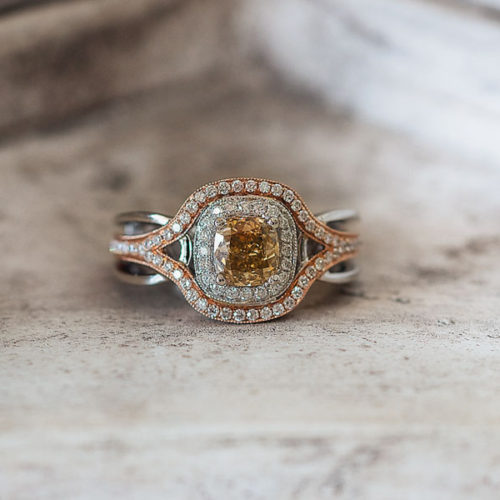 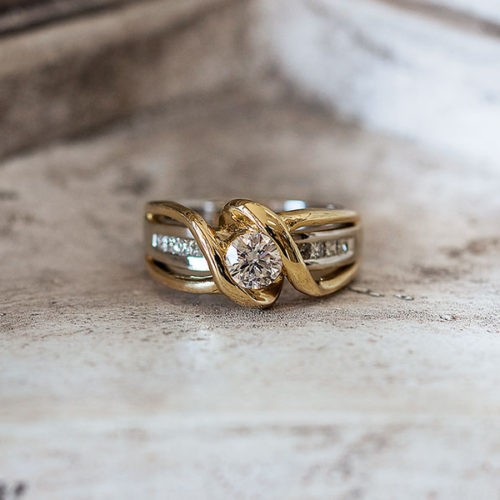 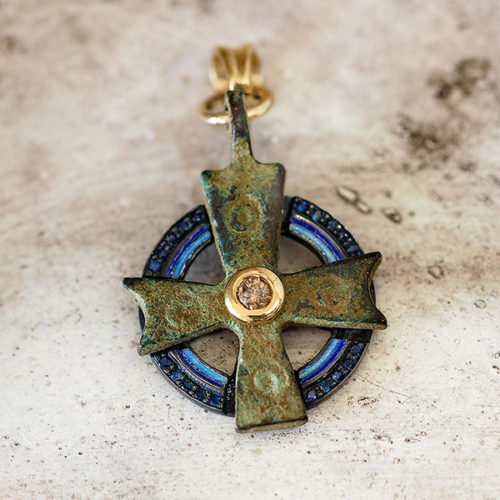 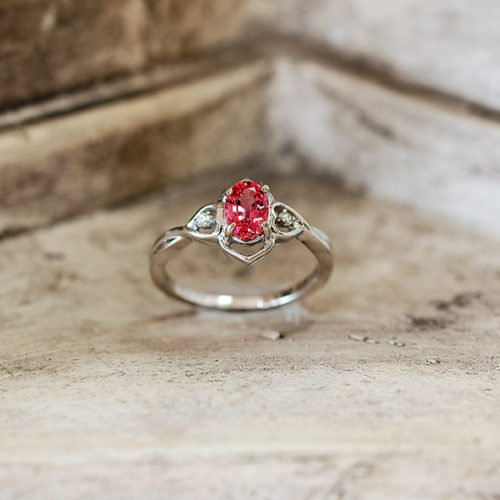 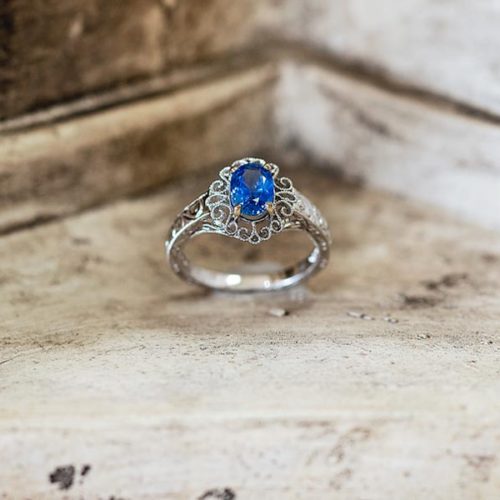 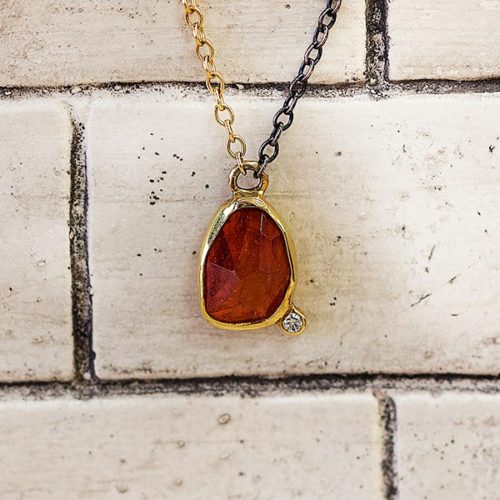 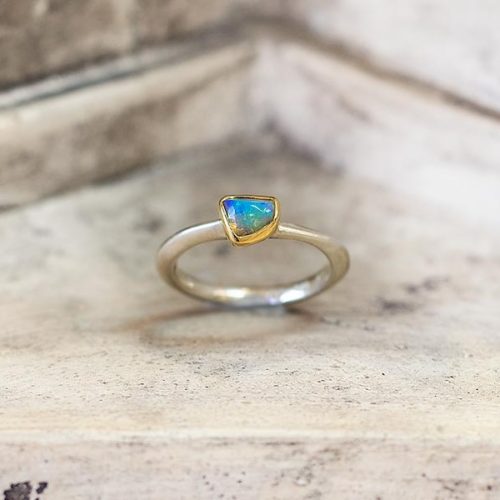 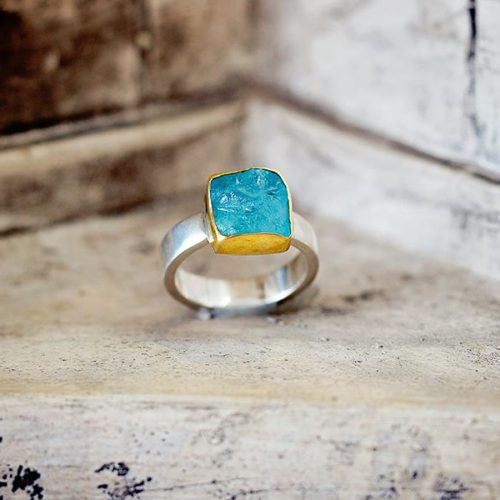 Not finding what you’re looking for?
Never fear!

Our in-house jewelry designer would love to create a custom piece according to your specifications.

Wear your heart on your sleeve (or on your finger or around your neck) and show off your distinctive style with a one-of-a-kind piece of jewelry created just for you or your loved one.

Your jewelry description is essential to the kind of replacement you receive in case an item is lost or stolen. We can also help you obtain insurance from Jewelers Mutual.

If you are one of those people who loves to look for the unusual and trendy, then look no further than Manoli’s Jewelers. We truly cater to individuals, whether you like to keep it classic or prefer to keep up with the latest trends.

We offer financing in the near instant with approved credit through Synchrony Bank. The process is quick and simple to apply for. Stop by to pre-qualify today.

Manoli Savvenas became an apprentice jeweler when he was 11 on the island of Rhodes, Greece.  Over the years he learned and practiced the trade in Australia, New York, Kansas City, and eventually landed in Springfield, MO in 1979.

For a few years he left behind his jewelry life and lived the life of the professional wrestler, using the name of Mike Pappas, traveling to many places, but after he married and started to have children he decided to take up his old trade again.

With his wife, Valerie, they purchased a wholesale shop that did jewelry repairs and manufacturing for other retail jewelers from 1979 until 1997.  At the shops peak they handled work for about 50 stores so when it comes to experience Manoli has got it.

Valerie Savvenas is from a small town near Paducah, KY she studied with the GIA to become a graduate gemologist and received her diploma in 1985.

Valerie and Manoli take a strong interest in helping charities and have decided to focus on charities helping children is distress.

One of their proudest achievements was in the founding of “Diamond Night” benefiting Boys and Girls Town of MO in 2003 and which continues yearly to date in Columbia, MO and now benefiting “Great Circle”.

“I have used Mannoli’s for having my earrings changed to screw backs, and resizing my wedding band and engagement ring. They are quick, professional, and trustworthy. They do amazing work, and I would highly recommend them!”

“The clerk who helped us during our selection of jewelry was very helpful. She listened to what we wanted and helped us find the exact product we asked for. Everyone was kind and friendly. Manoli's is a very intimate atmosphere with an excellent variety of choices. We will return.”

“Thanks to Manoli's I was able to turn my wedding ring into this beautiful custom pendant for my daughter. They were amazing to work with from start to finish, I found them to be friendly and accomidating. They took my vision to create a priceless keepsake and turned it into reality. The craftsmanship was flawless and now my daughter has a wonderful heirloom piece that she said she will treasure forever.
Thank you Manoli's!!!”

“Honest and friendly owners. Wouldn’t trust anyone else to work on my jewelry or provide appraisals. Highly recommend this service.”

“Valerie and Manoli take creat pride in taking care of their customers. They have a wonderful selection of jewelry and if you don’t see it Manoli can find it! Better yet, he can create it!

Manoli’s Jewelers is the best of the best!”

“They're GREAT!! I had a diamond replaced on my wedding ring and they did a wonderful job. The owner is very nice and honest.”

“I brought in my wedding ring for repair, which is 50 years old and not very expensive. But it means a lot to me. Everyone there treated it like it was the most expensive piece in the store. When l got it back it was as beautiful as when l got it in 1969. The price of repair was so reasonable l couldn’t believe l waited so long to have it repaired.”

“I have been coming to Manoli's Jewelers for several years, they are always so helpful, and knowledgeable of the jewelry industry, and current styles, always giving me good advice and I feel like the best customer service.”

“They have beautiful jewelry . They are always friendly and helpful ? !!”

“Manoli did a fantastic job on the design. Of my ring. Gave me exactly what I was looking for at a reasonable rate. I would recommend them for jewelry repair and design.”

“I took in jewelry I was no longer wearing and had ideas about what I wanted. With Manoli’s help, three beautiful pieces were made out of my former jewelry. He did outstanding work and all three pieces are spectacular! He’s very funny and easy to work with and everyone in there treated me like a valued customer. I highly recommend Manoli’s Jewelers!”

“Excellent, friendly, and timely service. My jewelry was repaired beautifully, and it looks brand new again.”

“Everyone at Manoli's was very helpful and took the time to find out why my jewelry was special to me. The work was done beautifully and exceeded my expectations! Thank you for bringing life back into a family heirloom.”

Get ready for them to say “YES!”

Visit us today for a unique lasting impression! 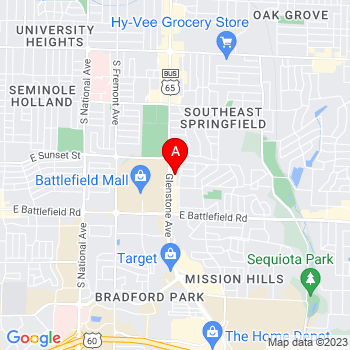